Peter, Paul and Mary were an American folk-singing trio whose nearly 50-year career began with their rise to become a paradigm for 1960s folk music. Since then, the trio of folk songwriters: Peter Yarrow, Paul Stookey and Mary Travers is one of the most enduring acts in American music. Whether playing at concert halls, coffeehouses, churches or music festivals, Danville’s tribute to the music of Peter, Paul and Mary will move audiences from tears to laughter with songs and stories about love, memories and relationships.

Although they were raised 100 miles apart Tim and Kathy Danielson, the founders of Danville, grew up listening to the same music. Being inspired by the songs of Peter, Paul & Mary, Simon and Garfunkel, and The Everly Brothers, it was very natural for them to sing the same type of harmonies when they began performing together in college. As the duo grew musically, they also grew romantically and were married shortly after graduation from UW-River Falls in 1981. Danville has enjoyed playing for audiences young and old, large or small, for over 40 years and will continue to do so as long as folks continue to listen.

The Box Lunch Option includes your choice of sandwiches (see below) with a choice of soda, water, or coffee/tea included.

• “Jackie and Wilson” - Turkey sandwich with lettuce, tomato, onion, provolone, and honey walnut spread on whole grain bread. Chips and a pickle on the side.

• “Main Drag” - Grilled chicken, lettuce, tomato, bacon, pepper jack cheese, and ranch in a roasted red pepper wrap. Chips and a pickle on the side.

A full cash bar with local bear, wine, and mixed drinks will also be available. 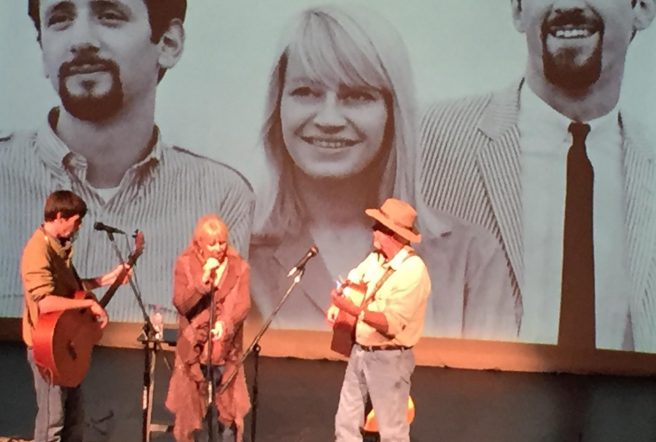