Letters Home puts the wars in Afghanistan and Iraq front and center by bringing to life actual letters written by soldiers serving in the Middle East. The play without politicizing gives audiences a powerful portrait of the soldier experience in the ongoing war. The initial production was critically acclaimed and was nominated for a Joseph Jefferson Award for “Outstanding New Play.”

Although the title of the play implies that all the letters are from soldiers, the piece includes a small number of correspondences from parents – their words, being no less important. These letters were written under the most difficult of circumstances; the disorientation of training, deployment, separation from family and loved ones and combat, and occupation duties in Afghanistan and Iraq. One theme seems to unite their diverse voices; the belief that the person standing beside you is more important than you are. They also help define for the audience—patriotism and what it means to serve our country today, through acts of bravery, compassion, social responsibility, sense of community and brotherhood.

Collectively the production gives a voice to a generation that went to war against terror in Afghanistan and to war in Iraq, for reasons that are still being debated and who are still fighting and dying in those wars today. More importantly, the play reveals the humanity that lies within the war as seen through the eyes of the men and women fighting it. 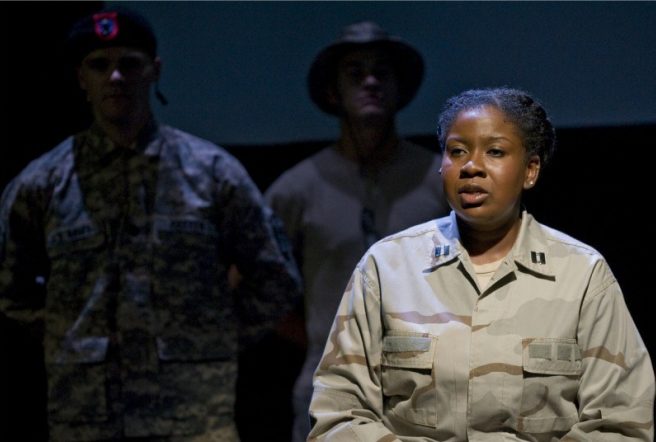