Unfortunately we will have to cancel the performance by Jonathan Burns. We are hoping to reschedule, but at this point it looks like a rescheduled date won't happen until the winter/spring of 2021. All ticket sales will be refunded.

Born with the gifts of flexibility, curiosity, and goofiness, Jonathan Burns now uses these unique talents to astonish audiences around the globe. Goofy, curious and... oddly flexible... Jonathan Burns has performed his unique blend of contortionism, comedy and magic for audiences of all ages. Jonathan’s comic routine is hilarious and awkward at the same time, reminiscent of the character Napoleon Dynamite. As seen on The Late Show with David Letterman, The Jay Leno Show, The Late Late Show with James Corden, as well as America’s Got Talent, this two-time "Variety Act of the Year" has been called “extremely funny” by The New York Times, “a wonderful performer” by Penn Jillette, and perhaps most notably, “one of the most hilariously original acts I’ve ever seen” by Chad Rabinovitz. 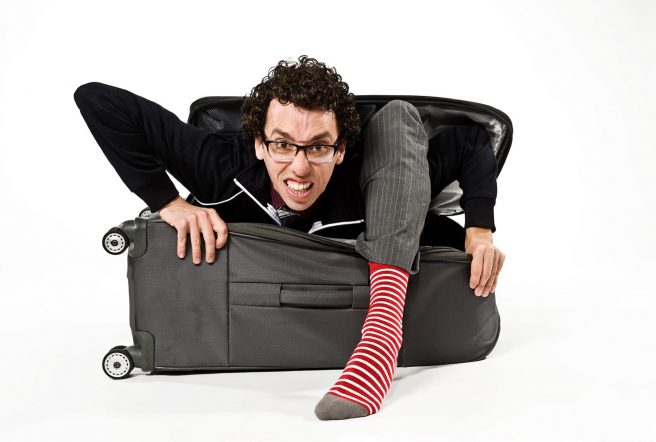