Dinner over the Duncan

The Heyde Center for the Arts would like to welcome you to a unique dinner on the historic Marsh Rainbow Arch Bridge in downtown Chippewa Falls. Enjoy a night filled with an elegant meal provided by The Willow Events and Catering and a very special dessert by McDonald 5 Star Catering. Live music will feature Judy Brost on the harp for a beautiful night under the stars. Gather together with friends and/or family on this iconic and picturesque bridge to celebrate the transition of the seasons.

The City of Chippewa Falls was organized around two moving bodies of water, the Chippewa River and its tributary Duncan Creek. Bridges soon became necessary with rapid expansion of the transportation system in the late 19th and early 20th century. By 1891, seven bridges crossed Duncan Creek within the city limits. Built in 1916 by the Iowa Bridge Company at a cost of $13,950, this bridge was the only Duncan Creek bridge that survived the destructive flood of 1934 – and it still stands proudly today 87 years later. Local beer and wine will be provided to accompany the meal.

Rain location: the historic Heyde Center for the Arts auditorium. 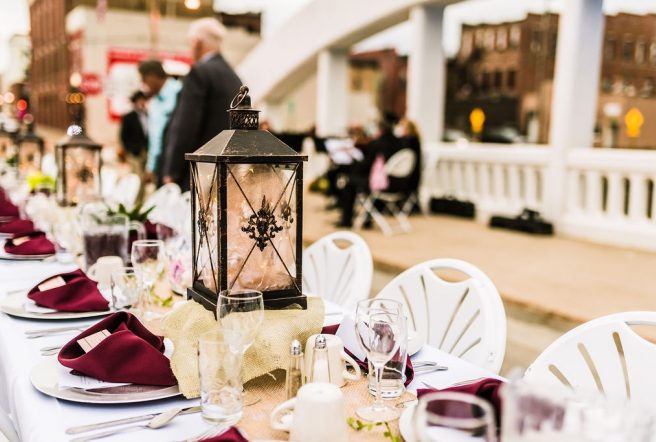 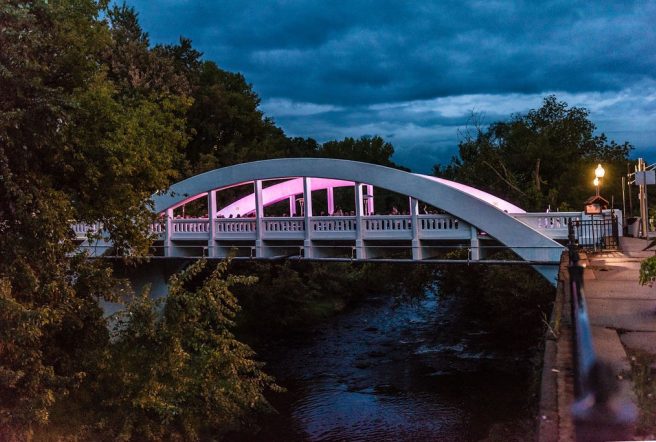 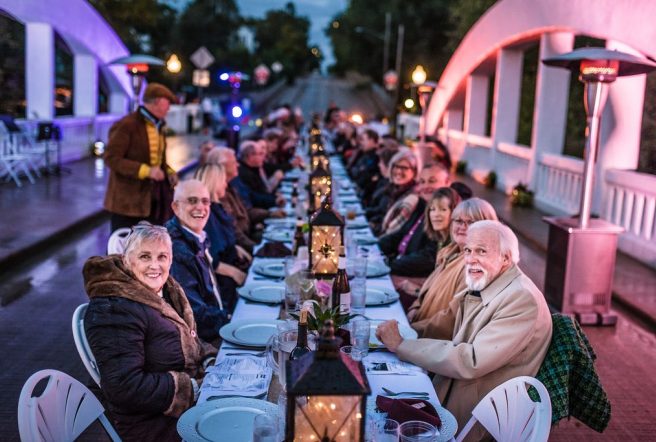